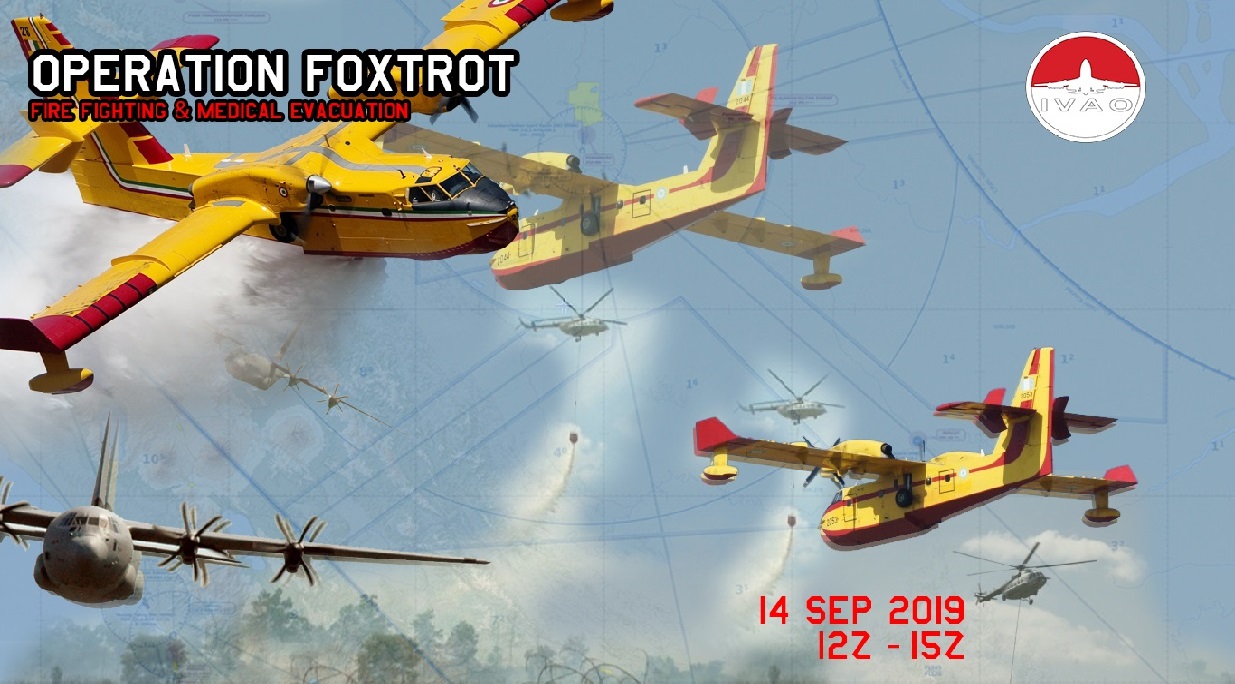 Every year fire spots appear throughout Indonesia as a result of land being burnt to open up new area for agriculture and settlements. These fires are usually illegal and reckless, causing widespread, uncontrollable fire over large area of land. Fire and the smoke create negative impact to nearby cities and communities as they choke people and result in health issues. Pekanbaru is one of these impacted cities, with the government sending leased tanker aircraft (both rotary and fixed-wing) annually to combat fires under the coordination of BNPB.

This Indonesian Division Special Operations Department operation is based on the real situation in which fire continued to spread and battle with it lasted for a few months. This SO event will include aerial fire-fighting, medical airlift, and mass evacuation due to fire using aircraft based at Roesmin Noerjadin AFB, Pekanbaru. The operation will be divided into two categories: aerial firefighting and medical evacuation, with both having different objectives and tasks as laid out in the event masterplan.